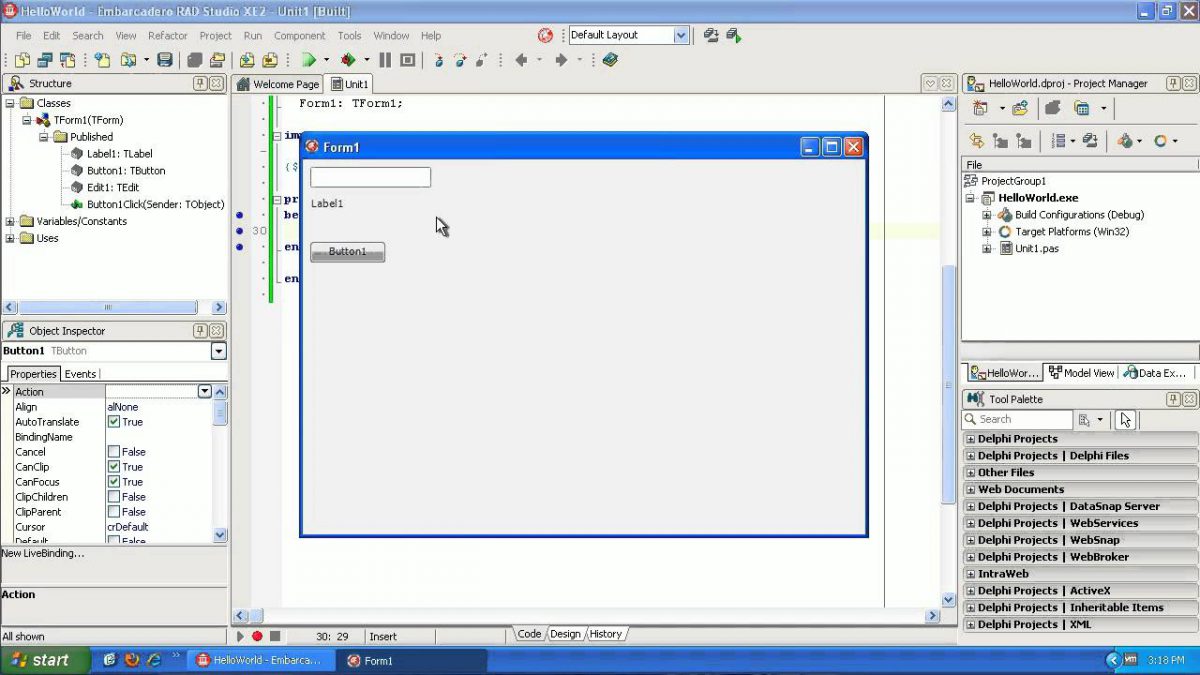 There have being different versions of Delphi that has been released since the creation of the programming language in 1995. Some of the versions were released under Borland, while the other versions were released under Embarcadero, after Embarcadero bought the CodeGear part of Borland, which was in charge of the database and IDE line of product. Apart from the versions of the programming language, there were also different editions for each version. Each of the edition was dependent came with different feature. For instance, the first edition could be the most basic release and will have the least number of features and by implication, will be the cheapest. The next edition will have more feature and will be more costly.

The Berlin 10.1 version has 4 editions as explained below. They however made the starter edition available for free.

The starter is the first edition of the Berlin 10.1 and will be useful for programmers who only intend to code in Delphi for software that run on Windows 32-bit operating system. It is available for free download and comes with a limited license for commercial use.

The enterprise edition of the Embarcadero Delphi Berlin 10.1 comes with more features in addition to the capabilities of the professional edition. It comes with connectivity to client-server database and Enterprise Mobility Services. Other features available in the Enterprise edition include the multi-tier SDK for Datasnap, client/server pack and mobile data pack.

The Architect edition is the last and most advanced edition available for the Embarcadero Delphi Berlin 10.1 programming language. Subsequently, it also comes with the highest price range for the version, which differs depending on location and other incentives available. Apart from the capability of the Enterprise edition, the architect edition also comes with tools for data modeling.

The edition preferred by a programmer is generally dependent on the level of his or her programming and programming needs. The professional edition should be able to serve an individual programmer to a very large extent. Big Delphi programming firms might however have to opt for the Architect edition.